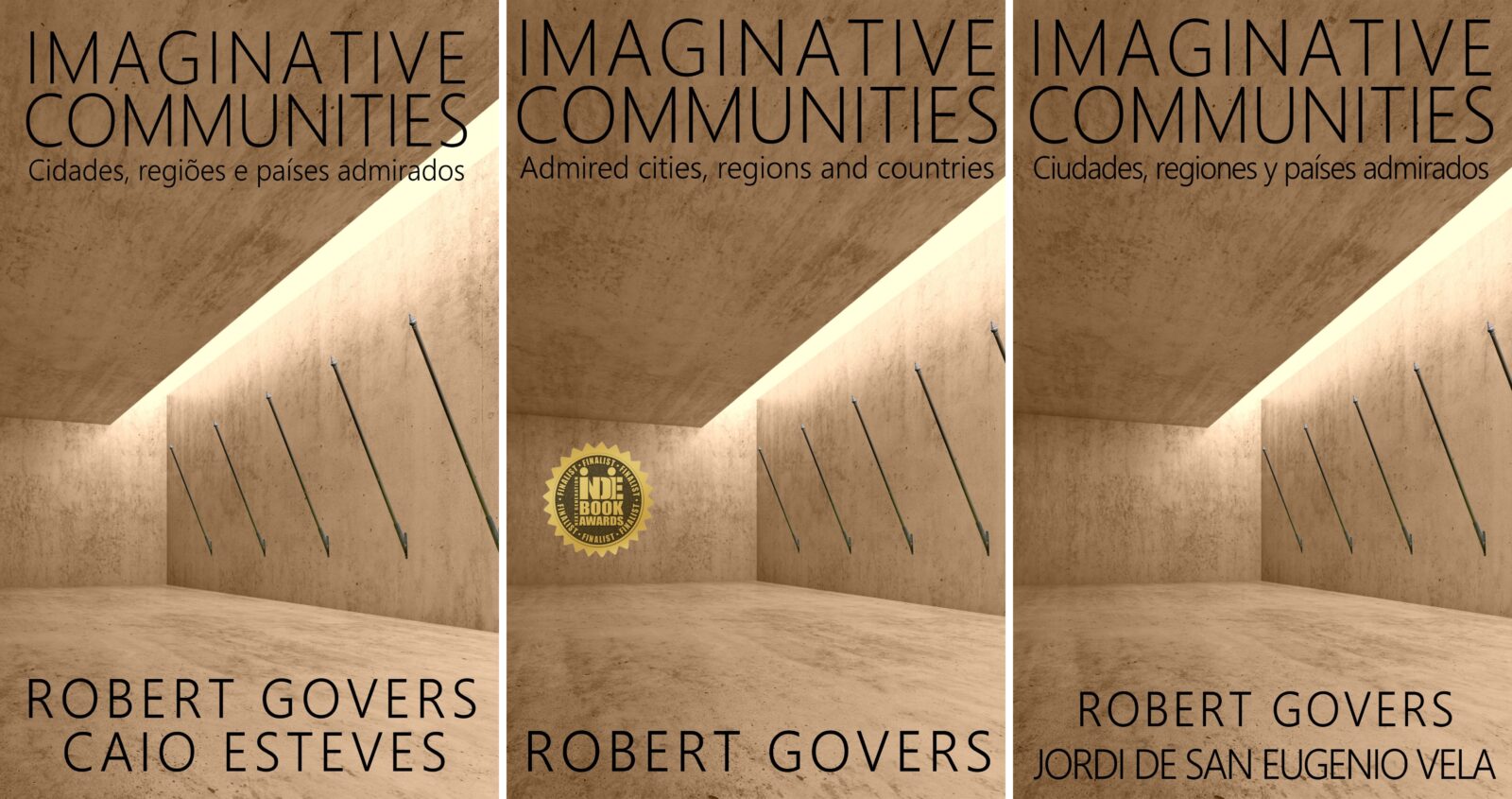 The award winning book IMAGINATIVE COMMUNITIES will be released in Spanish and Portuguese on September 10. Pre-order now on Amazon Kindle at half the list price (US$ 4 until September 10). The two new language editions have been made possible by the hard work, commitment, dedication and friendship of co-authors Caio Esteves and Jordi de San Eugenio Vela.

Caio Esteves co-authored Imaginative Communities: Cidades, Regiões E Países Admirados. Caio is an architect by training and a specialist in branding. He began his career as a brand manager in the furniture industry, where he stayed for four years before establishing his own agency in 2006. In 2015 he founded the first company that specializes in Place Branding in Brazil, Places for us. Beside the practice of Place Branding, he divides his activities between lectures and lessons about Branding/Place Branding, coordinating the first MBA place branding in the country as well as writing books on the subject.

Jordi de San Eugenio co-authored Imaginative Communities: Ciudades, regiones y países admirados. Jordi is a professor at the University of Vic-Central University of Catalonia (Spain). From 2013 to 2014 he was the Vice-Dean of the Faculty of Business and Communication. From 2011 to 2013 he was the Head of the Communication Department. He received his PhD (with honours) in place branding from Pompeu Fabra University. His research interests include place branding, public diplomacy, environmental communication and humanistic geography.