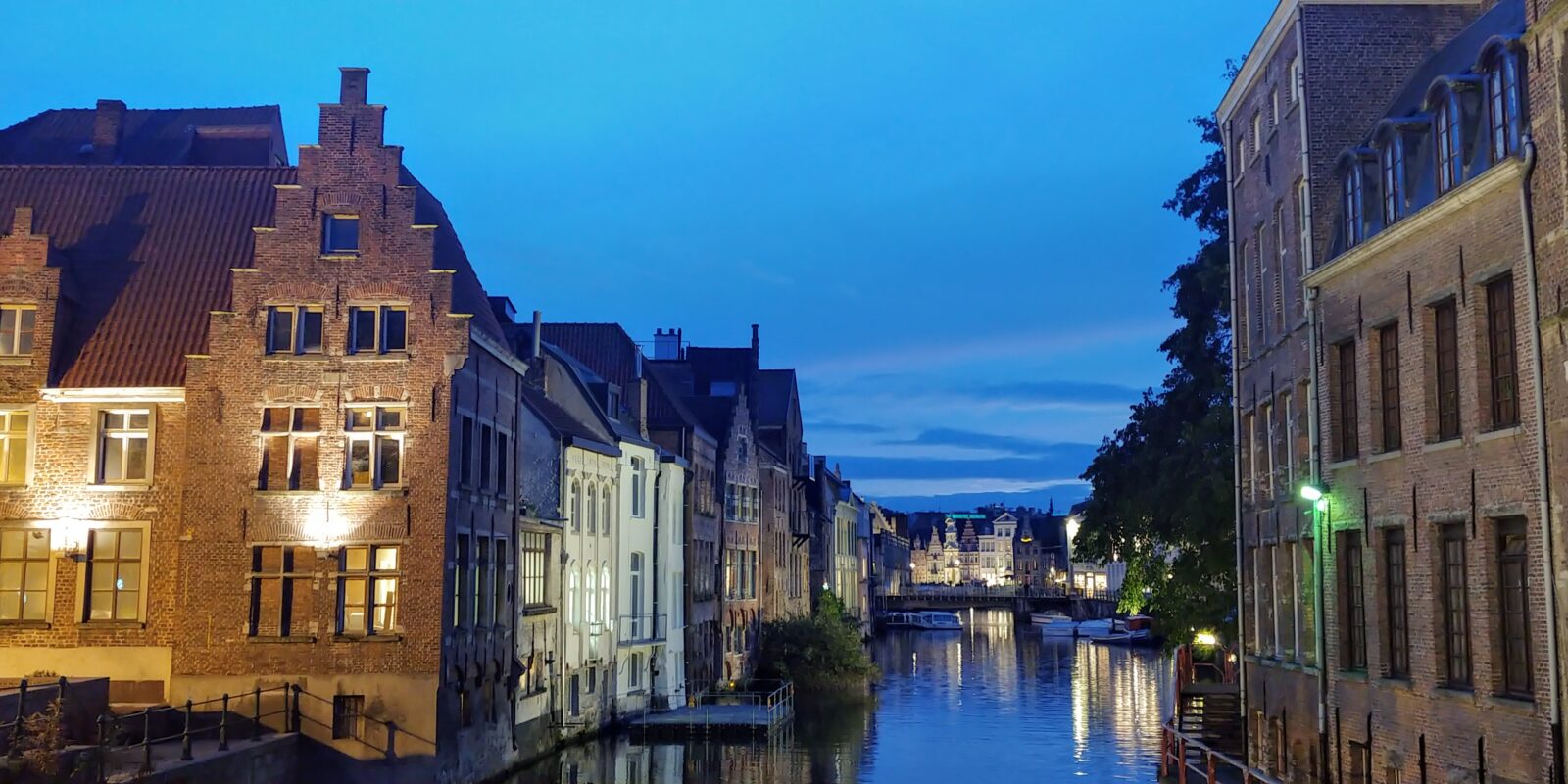 This article was first published in Dutch on Network Citymarkting Nederland, April 19, 2021.

The future is bright for city marketing. Sooner or later, Corona will once again be associated exclusively with Mexican beer and our streets, squares, parks and pubs will be buzzing with life; everyone intimately close together, sweating, kissing, singing and – without feeling guilty – hugging each other. People already speak of reprisal shopping and revenge travel; tickets for dance events on a yet to be determined post-covid date are already being sold. So, our business is coming back, without a doubt. Are we ready for that? I do not mean ready for a new normal or an old normal – if there ever was “a normal” – but a promising future that, as always, will be subject to change. I want to address that bright future.

In another piece I wrote about the fact that humans are social animals and need contact. The study of chemo signals has provided scientific evidence for the fact that we can smell the emotions of others. It has even been suggested that empty spaces sometimes contain emotional residues. Online meetings and events will therefore never be an alternative to physical meetings because those physical meetings also have a physical impact on us. The bodily fluids we excrete – which we must now so painstakingly shield off – have a direct impact on others.

In other words, there actually is such a thing as “a room full of energy”. We unconsciously register that energy, and it affects our mood. Festival euphoria or reisefieber are therefore all but metaphorical concepts to make fun of. The fact that young people are currently bouncing off walls is not because they are being melodramatic. We need contact; especially young people who must free themselves from family to discover each other. It is that need for contact that is the reason why we go fun shopping in busy shopping streets (currently taboo; you can do your groceries, but fun shopping, no way), travel, visit restaurants, participate in conferences and trade fairs, study or even live and work in another city.

So, I don’t agree with the prophets of doom who claim that our social life has changed forever and that life as we knew it is done. I am also not going to say anything about test events, the need for cities to focus on public health or to attract local tourists. All of this will undoubtedly be important for now and carry some truth in it for the future, but in the longer term I believe that people’s genetically determined behaviour will regain the upper hand, even if it is unhealthy, unsafe and unsustainable. That is why it is up to us to build back better, together with policymakers, representatives of the business community and society at large.

Of course, we should not deny that there are major challenges that currently need to be addressed. On the supply side, the Corona restrictions have wreaked havoc. Many consumers have seen their freely disposable income plummet due to unemployment or reduced income in the case of entrepreneurs and freelancers. The long-term effect of this is difficult to predict, but certain things will surely have a structural impact. We now know, for example, that we do not always have to travel to Farawayland to enjoy a nice holiday. In combination with the climate crisis and the reduced supply, price evolutions will probably influence our behaviour. That is why – in my humble opinion – we should pay particular attention to sustainable positioning and technology, the two structural evolutions that will continue to influence the success of city marketing, pandemic or not.

Many cities have been hit hard by the pandemic and there is a risk that – partly due to pressure from the business community – short-term promotional campaigns will be used to allow the economy to flourish as quickly as possible. If many do that, competition will be fierce, and the net result will be nil. A waste of taxpayers’ money. Some, especially those cities that had to deal with overtourism or the threat of overtourism pre-pandemic, have wisely used the covid-pause to think about what kind of business, tourism, expats and events the city really wants to host. That seems very sensible if we start from the above assumption that the market demand will soon erupt again in full force and we want to take advantage of it without losing ourselves.

The solution lies in the identity, uniqueness and positioning of the city. Take a city like Ghent in Flanders, Belgium, where they position the rebellious character of the residents and the progressive individuality of the city as “Ghent, freeport”. This is about brand strategy and brand management; not a logo or a slogan (my good friend and colleague Martin Boisen and I assisted the city in formulating this policy). The renewed focus for the city of Ghent resulted in brand-managed urban development. The positioning strategy is included in the guidelines that are given to urban planners and architects when tendering for iconic projects. In addition, while the positioning strategy was being formulated, plans for an outlet shopping centre on the outskirts of the city were rejected and permits for horse-drawn tourist carriages were revoked on the grounds that these “do not suit the city”. At the same time, Ghent’s Saint Peter’s Abbey has developed the strategic concept “Gateway to the garden of Eden” to obtain the prestigious Flanders Heritage Venue label (as a location for international conferences). The abbey makes the logical link to its glorious past. Thanks to its rich library, among other things, the abbey has been a European hotspot of knowledge, free thinking, progressiveness and culture for centuries. As a Flanders Heritage Venue, the International Convention Centre Ghent is partly positioned as an open and transparent Urban Green House, a melting pot for ground-breaking rebellious ideas. My former colleague and good friend Jeroen Bryon is partly responsible for these Ghentian brands within the portfolio of Flanders Heritage Venues.

Based on identity, this creates a dominant narrative in which many storylines look for a click between the core values ​​of the city and the lifestyle values ​​of consumers. Not one size fits all, but a strategically targeted policy that allows for variety, especially if it contributes to the city’s “storylines”. In this way, direction can be given to city marketing that contributes to the quality of the city.

What does technology have to do with all this? Well, it has been prophesised for years, but – indeed – the internet of things will change our landscape and ensure that the strings of stories of the city will tell themselves. The development of smart cities has been hyped, but for the time being it is largely stuck with data collection on the basis of which the public services are incrementally improved. The real revolution is yet to come when devices interact with each other independently and enable seamlessly integrated experiences. Based on identity, a sustainable positioning and series of stories can form a self-organizing principle on which public, private and civil society actors – and therefore also technology – automatically intervene. It is not necessary to explain to Ghentians that theirs is a rebellious city with an edge – even among the Flemish and Belgians in general this is what the city is associated with. It is something that is alive and will be sustained consciously or unconsciously; including – regularly – in the initiatives and stories that arise spontaneously in the city. In the future, this can be reinforced by technology.

Take Alex Bainbridge’s Autoura company. They are currently working on self-guided sightseeing tours for use in self-driving cars, for example to replace the horse-drawn tourist carriages in Ghent and the hop-on-hop-off buses. Robotaxis that make recommendations for routes, restaurants and attractions to visit on the basis of collaborative filtering – Spotify-playlist-like suggestions – sometimes also inspired by locally developed storylines. Sahra is the robot tour guide that can be used completely flexibly by means of artificial intelligence. You can talk to her; she talks back, and she “negotiates” with providers in town. Users will not have to pay for this, eliminating entry barriers. The business model is to generate revenue through co-branding with airlines and hotel groups, as well as commission fees from restaurants, museums and other tourism operators. In this way, locally relevant and positioning-enhancing experiences can arise “spontaneously”.

Gamification – in combination with devices that “talk to each other” – is another example of technological advancements that city marketers must take into account. Think of Pokémon Go, but with multiple historical and invented storylines around existing urban objects, historical and contemporary figures, attractions, buildings, shops and catering providers. These kinds of games based on smartphone apps do exist, of course, but are still rigid and expensive. There too, the internet of things and artificial intelligence will provide a great leap forward. Stories will tell themselves and can be steered by the city’s identity.

You may think: “Can tourists be shepherded this way like willing sheep? The time of organized bus trips is over, surely?” Well, my family and I were in Rome around Easter 2019. “Oh my God who is going to Rome at Easter if not to see the Pope?” I hear you think. And indeed – pilgrims aside – the city was flooded with individualistic Airbnb travellers. Armed with self-deceiving “like a local” mentality, TripAdvisor app and social networking support, 90% of them were located around the Pantheon, Colosseum, Trevi Fountain, Spanish Steps and Piazza Navona. However, at the beautiful Chiostro del Bramante we mainly encountered Italian school groups; three streets away from the Piazza Navona, “the tourists” (as if we were not) seemed miles away.

So yes, people are guided, consciously or unconsciously. Smart technology will make it possible to diversify, fragment and individualize experiences through storytelling and customization. Not because the consumer wants to be in complete control, but because he or she has confidence in the technology and the personalized experiences it offers. Who – today – questions the Spotify or Google Now suggestions? The use of the smartphone has taught us that consumers have sufficient confidence in the technology; now the supply side.

I refer to cities, regions and countries that shape a unique positioning based on identity as imaginative communities whenever they reflect their positioning in original, creative, innovative, inspiring and imaginative ways. Imaginative initiatives and stories can highlight the identity and positioning of a local community and help to overcome clichés and stereotypes. This makes it possible to counter mass commercialization and to add value; brand value linked to the lifestyle values ​​of target groups. In this way, brand-enhancing actors, experiences and stories will emerge. Examples include Austin’s South by Southwest (SXSW) Festival honouring the city’s musical roots, or Oslo’s Future Library.

Let us revisit the title of this piece: The inimitable smart city: high-tech identity. By that I certainly do not intend to suggest that you should position your city as high-tech. Please do not! There is no future in that, because it will no longer be distinctive in the long term. The point is that the paradox between historical identity and futuristic technology offers an opening for each city to position itself uniquely from the moment one transcends the paradox. It is not a choice between a position as a historic old-fashioned city or a position as a high-tech trendy design city. The two together can turn any city into a sustainably inimitable smart city. In my opinion, this is the biggest challenge for the future of city marketing, until the next pandemic.

Ready to find out more about imaginative communities?