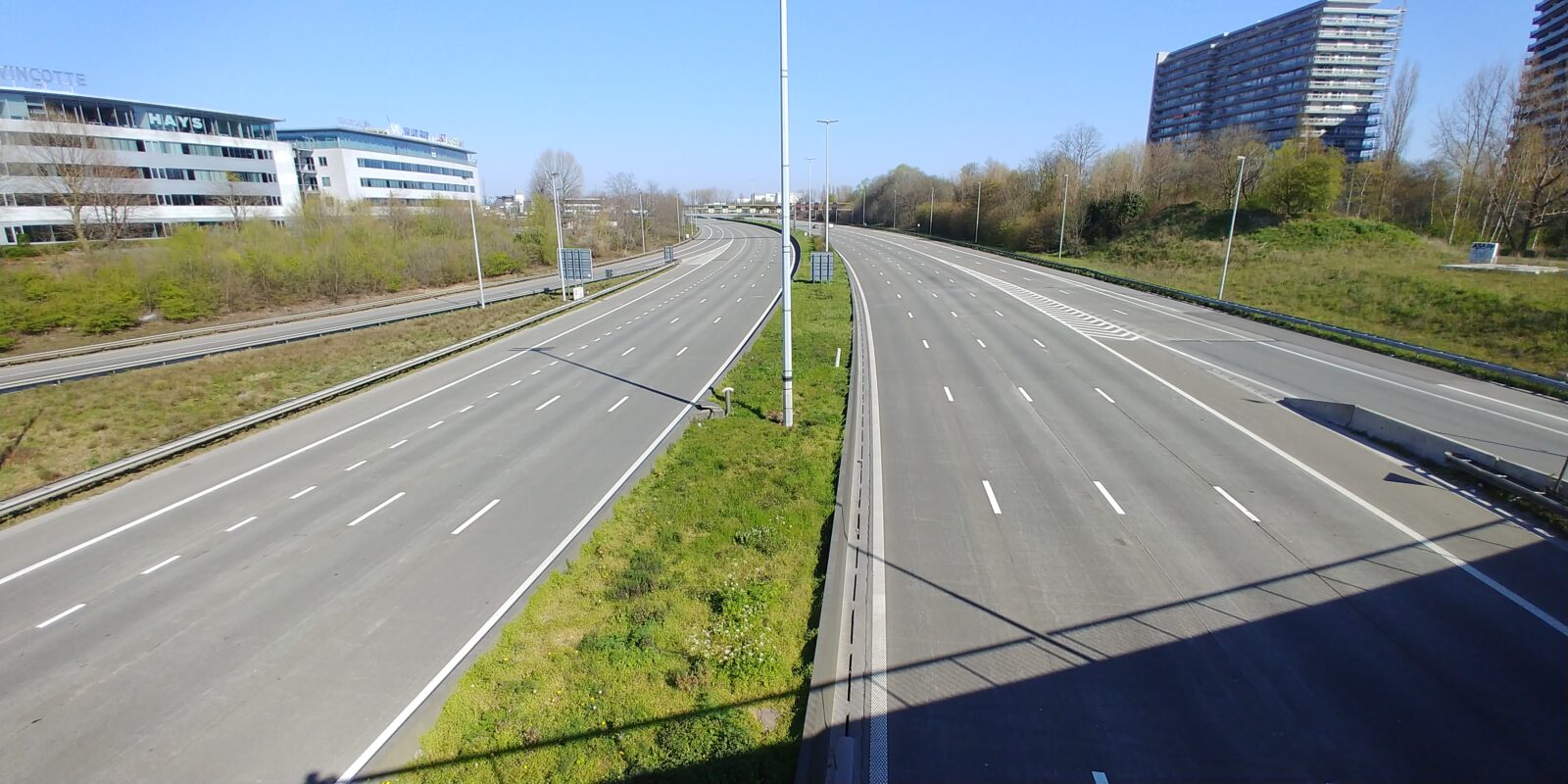 This essay has been published as Chapter 19 in Marketing Countries, Places, and Place-associated Brands: Identity and Image (2021) under the original title “Place branding practice and scholarship: where we are and whither we may be going”. Thanks to publisher Edward Elgar and editors Nicolas Papadopoulos and Mark Cleveland for releasing my contribution as an open access work and for their unwavering commitment to producing this fantastic anthology (with additional thanks to all the splendid co-authors).

This book and the contributions in it are being written in the year 2020; and what a year it has been. Some say it will define our time. I hope they are right and that we will learn from the lockdowns, protests, elections, exits, fires, and floods. I hope that after 2020 the worst will be over, but I seriously doubt it.

The good thing is that in 2020 we have been able to separate the wheat from the chaff. In his provocative and controversial 2018 book Bullshit Jobs: A Theory, David Graeber, who is professor of anthropology at the London School of Economics and has also been described, among other epithets, as an ‘anarchist’, wrote about ‘shit’ jobs and ‘bullshit’ jobs. While these terms come directly from the cited work, I shall refer to them as Type 1 and Type 2 to avoid potentially offending some readers and/or getting myself in trouble with the publisher (the editors assure me they would have no difficulty with the original terms other than for sharing my concerns about inadvertently making offence). With that out of the way, Graeber’s point has clearly been proven in 2020. Type 1 jobs are those vocations many want to avoid as they require hard work, are badly paid and often scorned. Yet, the people doing these jobs ‘make the world go round’ and 2020 has made this abundantly clear. They are the people for whom we cheered during lockdown: the nurses, cleaners, and logistical workers. Type 2 jobs are those that we can do without: filled by people like me, now sitting at home reinventing their career while writing to keep busy. Obviously, this is somewhat of a generalization, but it rings true even though many of the authors of this book and I presumably are in honourable labour, teaching and training.

Yet, despite the nuances, surely, somewhat observant laypersons will be wondering – in light of the 2020 crises – whether we really needed places to design logos, to advertise their bragging rights, or to hire PR agencies to brush over any realistically negative news coverage. They have a point, as did many of the authors of this book when they made the same point before 2020 and make it now in its chapters.

Yet, obviously, considering that we all actually did become engaged in developing this book, we do not yet believe that place branding is all Type 2 work. We still believe there is real value in place branding strategy, if not in logos and the like spawned without it. In understanding community identity, in finding purpose, in defining intended positioning. I see strategy as part of the reason why e-state Estonia was quickly able to find tech solutions for the COVID crisis and post-crisis world with their ‘Hack the Crisis’ initiative (Gessen, 2020); or, Bhutan’s idea to align GDP growth with gross national happiness gaining momentum (Chassagne, 2020).

One could argue that even the protests against racism in the United States are as fierce as they are because the conflict goes to the heart of what the land of the free is about or not. At least the discussion is being had in the US, unlike in other countries in – for instance – north-western Europe where racism is just as pervasive but not talked about because the dominant narrative, which of course does not refer to it, is that racism does not exist in those liberal progressive societies. Arguably, these examples illustrate how ‘place brand values’ remain relevant and provide guidance, even – or particularly – in times of adversity.

So, arguably, place branding is relevant, but will this insight survive the funding crisis that we already know will occur after the economic impact of COVID-19 fully reveals itself? Surely, in the coming years and years there will be little or no money or attention for serious research, education, or consultancy in something like – seen by many as frivolous – place branding. The funding agencies and governments that appreciate that place branding is of strategic, long-term, and crucial importance are, in my estimation, unfortunately, in a tiny minority.

Sure, place branding will be seen post-COVID as essential as places scramble to recover, notably in tourism but also on other fronts. Under pressure from the private sector or not, there will be resources for tourism, investment, and export promotion. But this will probably come with an urge to do it ASAP and without much strategic thinking as economies need to be rescued. Those few places that have brand strategies in place will benefit from being able to make informed decisions. All the others will not have the time, patience, or resources to take a look at the bigger picture and so they’ll keep fighting battles and losing most of them as well as the war itself.

With that in mind, I regret that we have not been able to achieve more advocacy for the discipline so far, but why is that? Why do I feel that in place branding most jobs and their work output have been of the Type 2 variety? Why have we had little success in convincing our institutions, funding agencies, and governments of the value of strategic place branding?

First of all, unfortunately, despite all the writing done by a multitude of scholars including, notably, the authors in this book, place branding still seems to be interpreted by many as a matter of ‘just’ visual identity. And the thing is, visual design is needed. Governments and their agencies need something on their letterhead, for their web-design and for their posters and exhibition stands. And visual design and campaign initiatives are usually divisive locally. Residents either hate them and get them scrapped quickly, or love them when the initiative resonates with their sense of civic pride. Hence, visual identity projects usually generate lots of (social) media attention locally, which politicians and policy makers obviously love (and if not the policy-making majority, then the opposition).

More often than not there is a launch of the ‘new brand’ without underlying strategy, without corresponding policies, and, of course, without any impacts on reputation. But who cares if the electorate is happy?

Sometimes, it even goes as far as politicians using ‘branding’ as an excuse to spend money on getting re-elected. During one of my recent projects a client insisted on advertising the country on a specific regional television channel in a neighbouring state. Naively, I thought that the idea was to win over neighbours, which seemed pointless to me as the neighbours had already been proven to be fans of the country. After a long discussion we eventually figured out that the real reason was that the client’s electorate also watches the neighbours’ television channel. Hence, the client’s electorate could see that their elected official was doing something (or so it should seem) to advance the economic policy of the government. The public budget for nation branding, in which external campaigning was included, was thus really used for political self-promotion. In other words, even though the top-down place branding approach is often criticised in the literature, there are forces at play that one has little control over, particularly if they are sinister, cynical, and resourceful (as in the case of misappropriating tax-payers’ money).

In addition, it is often argued that the perceived failure of place branding is the result of a gap between academia and practice. But I wonder if that is an oversimplification. Who are the academics who are – presumably – reluctant to get their hands dirty?

The reality is that there is only really just a handful of true place branding specialist academics, the vast majority of whom are contributing to this book. On the other hand, most publications are written either by junior researchers or academics who publish place branding papers as a side-project. Place branding is an extremely multidisciplinary field, with scholars from fields of study as diverse as geography, economics, marketing, psychology, tourism studies, architecture, international relations, communications, or media studies joining in. Many of them write about place branding at the fringes of their specialisation. As editor of Place Branding and Public Diplomacy, more often than not I have to urge authors to clarify their use of our jargon – using place marketing or branding, logos or brands, image or identity, as though they are all interchangeable.

In other words, the bulk of academia disagrees and itself possibly contributes more to the confusion than it clarifies. Recently, I even had practitioner reviewers commenting on confused conceptual definitions in an academic paper. That is the world upside down.

Furthermore, on the other side of the same coin, who are the practitioners who are getting it wrong? The consultants? Which consultants? There is only a handful of true specialist consultants that make a living largely from place branding projects. Much of the work is done by small local agencies that do mostly commercial branding and are therefore no specialists in place branding.

Or is it the policy makers and civil servants who are getting it wrong? But who are they? It could be anyone who is or should be concerned about the reputation management for the city, region, or country, really. Particularly senior government and externally facing agencies such as the tourism management organisations, investment and export promotion agencies, international affairs and public diplomacy units, or talent attraction bureaux are sometimes involved – and the rest of the list of potential practitioners is long and might include, but is not limited to, representatives of chambers of commerce, labour and sector organisations, sports clubs, cultural institutions, major exporters and local businesses, Olympic committees, real estate developers, hospitality and travel companies, media agencies, tech clusters and event organisers – and on it goes.

So, yes, we have come some way to build this discipline as is shown through the journal Place Branding and Public Diplomacy, the International Place Branding Association, this book and others before it and the editors and the authors involved, and a few other contributions including those by thoughtful and dedicated readers who do listen to what we have to say and work to implement it.

But we have a long way to go. The interdisciplinarity, complexity and potential of place branding make it worthwhile to keep going, but if we do not evolve from place branding Type 2 work to something more substantial … If we do not do the legwork of collaboration, resident involvement, consensus building – the Type 1 work, not the one in which we just throw money at advertising, PR, and design (and its research) – we are in deep trouble.

The challenge for us specialists is how to get this across to all those involved in place branding full-time, part-time, as dedicated specialist or hobbyist, in academia, the public sector or private enterprise, in senior government and civil service. Because if – after this year 2020 – place branding fails to become a smaller part of the problem (wasting resources) and a bigger part of the solution (providing direction) we are indeed in deep trouble; as a community, but even as a society I reckon. For me, it could go two ways: down the sink or on the list of essential ingredients. It is up to us to make sure we evolve in the latter direction, but the list of challenges to overcome is long and complicated. 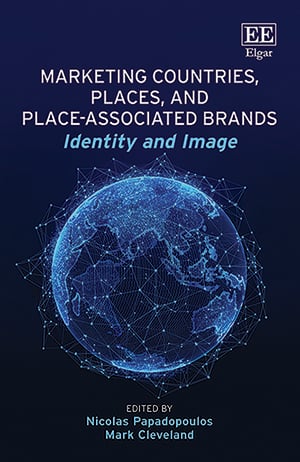