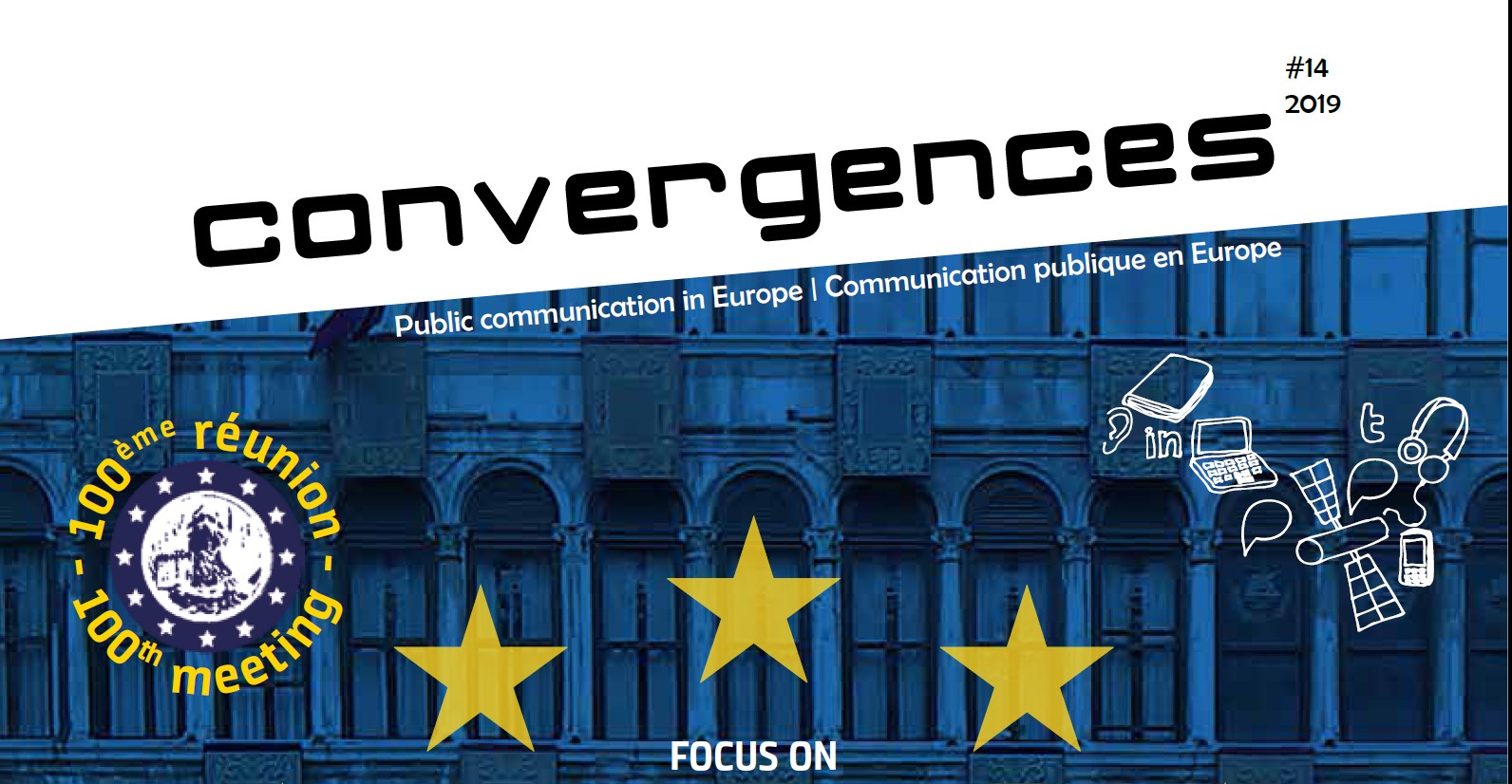 Rethinking Communication in Country Reputation Management, was the title under which this piece was first published in the Club of Venice’s magazine Convergences, Number 14, Autumn 2019.The Club of Venice is the informal gathering of communication tsars of the EU Member States and the EU Institutions.

The way in which “we” are perceived by “the average foreigner” is usually based on clichés and stereotypes. Sometimes perceptions can also become distorted by major recent events or misinformation. Local reality is often unknown, unrecognized, simplified or misinterpreted. The understandable immediate response by policy makers is that this is a communication problem; “we” just have to show people who we really are and tell them things are not the way they seem. In today’s popular vocabulary this is referred to as a nation branding challenge and hence the magic solution – inspired by the private sector – is to “do a campaign”. With globalization, the explosive growth in international travel, migration, social media and global news channels, the challenge of reputation management has clearly revealed itself and continues to demand urgency. However, can this formidable challenge be tackled by copying the private sector and focusing primarily on communication?

To build brand awareness and country reputation – out of frustration with persistent stereotyping, misperceptions or ignorance among global audiences – countries have started to use broadcast advertising. This practice has expanded rapidly over the last two decades or so. I am not referring here to tourism or investment promotion campaigns that aim at selling a specific product to a target market, which is legitimate. What I will criticise here are the paid mass media campaigns that try to convince large international audiences what wonderful countries are “out there” and that the clichés and ignorance are inappropriate.  The standard content of such commercials usually consists of aerial shots of landscape and transport or logistics infrastructure, some well-known tourist attractions, men and women in white coats with test tubes in a lab, an operational factory, some art and heritage, a business meeting or conference, students, tourists downtown or on the beach, and beautiful nature and nightlife. In other words, the intention is to show all the wonderful stuff most countries have to offer, while the narration lists all the brilliant things the country has accomplished. The question is whether this has any effect. I seriously doubt it and I argue this for three reasons.

So, I usually argue that countries should stop wasting taxpayers’ money to push messages down the throats of an unwilling international audience. Advertising or public relations are really not the way to build country reputation. While in the commercial world advertising might have a significant impact on consumer perceptions of goods, services and corporations and has a role to play in tourism, export or investment promotion, it plays a very limited role in the way that people build a mental map of “foreign” countries. In that context, personal experience, word of mouth – and more importantly nowadays, of course, social media – as well as mainstream news media, play a much bigger role.

So, I argue that the role of paid media in country reputation management is limited, which doesn’t mean that communication is irrelevant. Quite the contrary, as earned media becomes more important, I argue that we now live in the age of what I would refer to as “action communication”, in the sense that reputations are built by what you do and not by what you say about yourself. Actions speak much louder than words, but actions are also communicative and sometimes need amplification. This requires what I call Imaginative Communities.

It is about community, as I think that the reputation of a country is built by the people who feel connected to that place and it starts with understanding the shared sense of identity, belonging and purpose. In addition, it is about countries doing imaginative things, because I think that reputations are built by creating relevant buzz, which is done by reinforcing and showcasing identity in original, creative, innovative, captivating and inspiring initiatives that show the world what the country is about in order to build a distinctive, relevant, authentic, consistent and memorable reputation. Imaginative initiatives that such countries develop can be policies, infrastructures, projects, investments or events. Two known recent examples that explain this mechanism are Estonia and Bhutan.

Estonia is a country that has been invaded and occupied so many times over the course of its history that on independence from the Soviet Union in 1991 Estonians must have thought there was no point in hanging on to territory. In twenty years, they positioned themselves as the most advanced e-state in the world. Estonia was the first country to write into its constitution that internet access should be a human right; they created an e-residency program, allowing non-nationals access to their public online services and banking system, effectively creating the opportunity for non-European citizens to set-up a legit European business virtually; and they created e-embassies, where they install processing and backup services in their embassies in friendly countries to strengthen their cyber security.

Bhutan is a country that has long prioritized wellbeing over material gain. They have come up with the idea of gross national happiness, a happiness institute and annual conferences, now exported around the globe.

These examples can be referred to as imaginative communities where reputation has been earned through focused, progressive and creative policy making and partnerships generating media coverage and social media buzz. Foreign audiences have not been reduced to passive consumers of advertising. They are participants in international conversations in which they are provided with shareable stories about real imaginative initiatives. This type of action communication is engaging and enriching.

Through their purposeful actions imaginative communities set the media agenda, as opposed to having agenda setting push them into the corner. Unless they have a proactive approach to engaging with the media, creating stuff that sets the agenda, countries need public relations services, advertising agencies and strategic communication policies and procedures as reactive systems for damage control. Imaginative communities create stuff that journalists, online influencers, bloggers and locals (as online ambassadors) are eager to talk about and that provides shareable content, the kind of engaging buzz that people want to share on social media. In that way, communication has a real chance of impacting country reputation, but it requires policy alignment, leadership, strategy and collaboration, not short-termism, reactive messaging or opportunism.
-Robert Govers

Ready to find out more?